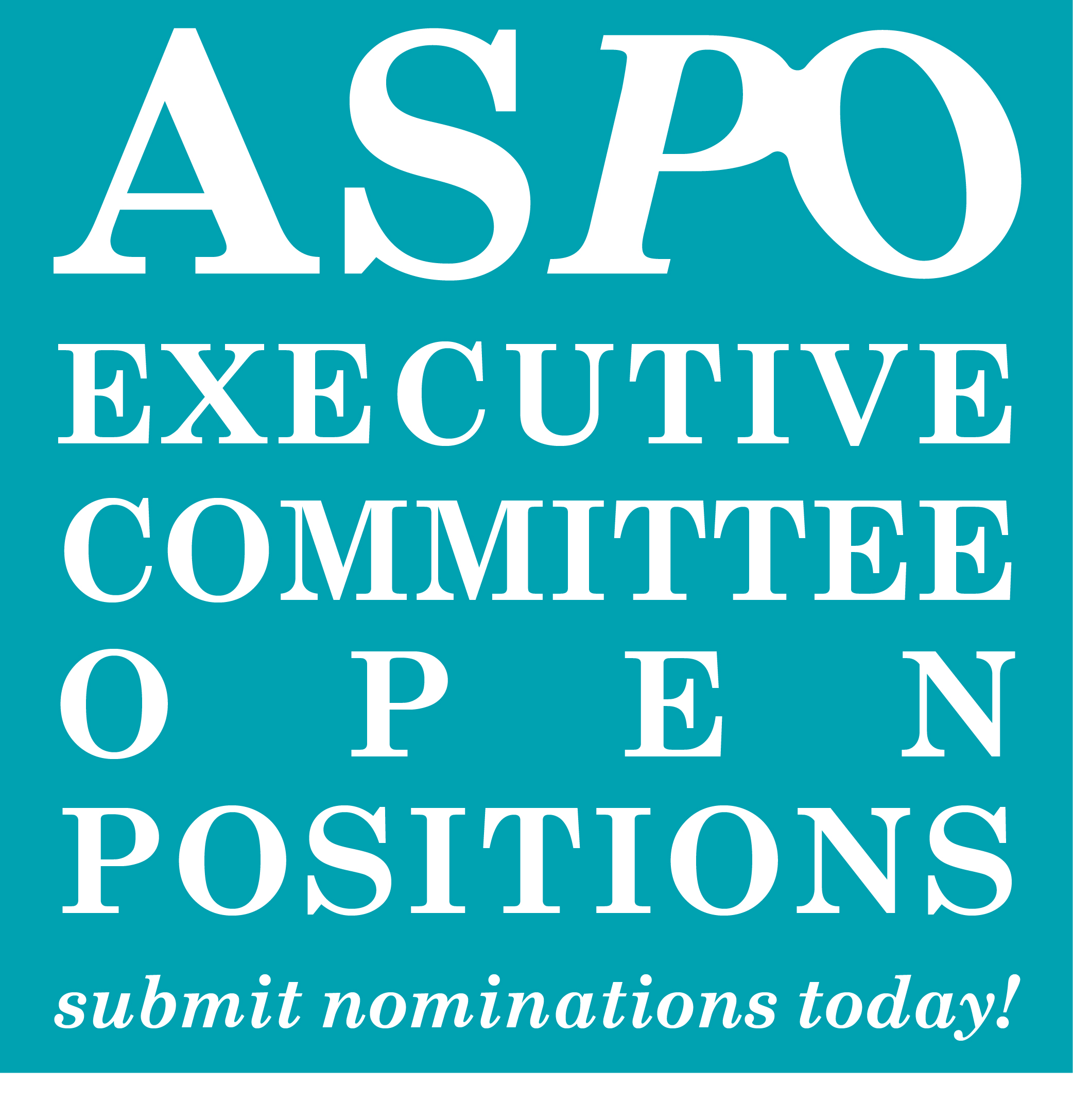 There are three open positions on the ASPO Executive Committee starting in April 2021 – President-Elect, Secretary-Treasurer, Director-at-Large. Nominate a qualified candidate or yourself by November 30.

President-Elect
The ASPO President-Elect serves a 2-year term in a learning capacity, attending all Executive Committee meetings as a voting member.

The ASPO President serves for a 2-year term immediately following their time as President-Elect. S/he presides over all meetings of the Executive Committee and the Annual Meeting of Members, and oversees the adherence to the bylaws and procedures of the Society. S/he is a member of the Program Committee, makes decisions as issues arise throughout the year, and works closely with the Executive Director.​

Secretary-Treasurer
The ASPO Secretary-Treasurer works closely with the Executive Director to prepare the budget. S/he presents financial documents to the membership at the Annual Meeting. S/he also attends all Executive Committee meetings and helps to take notes for help with developing meeting minutes. The Secretary-Treasurer is responsible for the coordination of ASPO webinars and the approval of ASPO materials submitted to Cancer Epidemiology, Biomarkers, and Prevention for publication; in these capacities, s/he plays an integral role in assuring exchange of scientific information for the Society. This is a 4-year term with the potential to serve for 2 consecutive terms.

Director-at-Large
The ASPO Director-at-Large is elected for a 4-year term with the potential to serve for 2 consecutive terms. S/he participates in all Executive Committee meetings throughout the year. This position serves on the Nominating Committee and may serve on the Program Committee and is encouraged to work to promote ASPO and its mission to members and other associations.