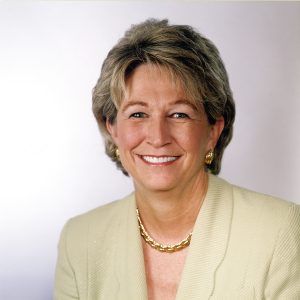 Bo has unequivocally demonstrated an unyielding commitment to tobacco control efforts by enabling innovative research and spearheading public education, policy and advocacy initiatives. Her strong leadership, like Dr. Cullen’s, exemplifies a commitment to fostering collaboration among scientists, health care professionals, and public health advocates involved in the struggle against tobacco and tobacco-related diseases.

Bo is Founder and CEO of the Prevent Cancer Foundation, a national non-profit organization she started in 1985 in memory of her father, who had died of cancer one year earlier. In the 35 years since its inception, the Prevent Cancer Foundation has become nationally recognized as a leader in the fight against cancer through prevention and early detection. The Foundation has funded innovative research fellowships and grants aimed at limiting the use of tobacco, as well as early detection of lung cancer which have spawned or furthered the careers of promising researchers.  As a strongly held principle, the Foundation will not consider applications from individuals or institutions that have received funding from any tobacco-related organization for the preceding four years.

Led by Bo, the Prevent Cancer Foundation’s specific contributions to tobacco control and to prevention of tobacco related diseases are outlined below.

Legislative efforts – Over the Foundation’s history, Bo has been a strong supporter of legislative efforts to limit the access and availability of tobacco products. The Prevent Cancer Foundation was involved in the campaign to pass the groundbreaking Family Smoking and Tobacco Control Act, which gave the Food and Drug Administration (FDA) the authority to regulate tobacco products. More recently, in response to the rise of e-cigarette use in teens and young adults, the Foundation has been involved in persuading Congress to protect vulnerable children through the Reversing the Youth Tobacco Epidemic Act, which would ban flavored tobacco (including menthol) and marketing practices designed to appeal to children.

Research funding – Bo has long been a proponent of increased research funding, championing the work of the Centers for Disease Control and Prevention (CDC), National Cancer Institute (NC) and the FDA. These organizations have invested billions into smoking cessation research and program development.

Public education – Education is one of the four pillars of the Prevent Cancer Foundation’s mission and Bo and the Foundation have led the way in educating the public on the dangers of tobacco use. Some examples of this work are:

Working with coalitions- Through Bo’s leadership within coalitions, such as national groups like the Campaign for Tobacco-Free Kids and local groups such as the DC Tobacco Free Coalition, the Foundation has shaped significant and meaningful policy changes through community outreach and grassroots advocacy. 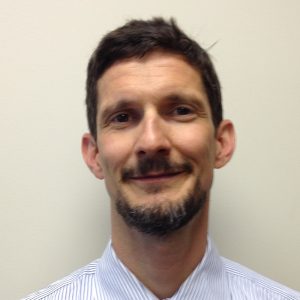 Dr. Drope is a health economist who has dedicated his career to the nexus of public health research (with a focus on global tobacco control) and economic policymaking— including taxation, trade, and investment. With over 100 scientific publications, reports and book chapters, his research has sought to engender both improved public health outcomes and economic prosperity.

Substantive areas of Dr. Drope’s research contributions include the impact of tobacco taxation in low and middle income countries (LMICs) (e.g., Zambia, Bangladesh, Kenya); illicit trade in tobacco products (e.g., Chile and Mexico); novel tobacco products (e.g., e-cigarette elasticities); the introduction of heated tobacco products (e.g., IQOS, etc.); tobacco farming (e.g., measure livelihoods, explain why farmers continue to choose to farm under dire conditions, and identify strategies to move them to alternatives); and global health governance. As a thought leader in the economic impact of tobacco control, Dr. Drope possesses the rare skill of not only conducting research to inform policy but also making certain that policy makers have access to, understand and utilize the information to improve public health. As such, he has demonstrated sustained engagement with numerous major governmental and non-governmental organizations to translate scientific evidence that informs policy making and change. For example, he has served as an official delegate to the World Health Organization’s (WHO) Framework Convention on Tobacco Control’s (FCTC) 5th Conference of Parties Seoul, Korea (2012), 6th Conference of Parties, Moscow, Russia (2014), 7th Conference of Parties, New Delhi, India (2016), and 8th Conference of Parties, Geneva, Switzerland (2018), leading a large delegation at the last two. He provided counsel to the WHO-FCTC Secretariat on many substantive issues including, for example, Articles 6-tax, 15-illicit Trade, and 17-farming.

Although too numerous to list all, recent examples of his public health service include being a Member of the Working Group for Future of Health Economics Research, US National Cancer Institute (2020- current); Evaluation Expert of the FCTC 2030 program, WHO FCTC (2018-current) and FCTC Secretariat, Programme to Develop Research Capacity on Illicit Trade in Tobacco Products in the European Union (2019-2020); and an Invited Expert, Taxing Electronic Nicotine Delivery Systems, to the World Health Organization, Geneva, Switzerland (2019). His work has been consistently supported by the US National Institute for Drug Abuse, the National Cancer Institute, the Johns Hopkins Bloomberg School of Public Health (with funds from the Bloomberg Initiative to Reduce Tobacco Use), the National Science Foundation, and/or the International Development Research Centre. In addition, through support from the Fogarty International Center at the US National Institutes of Health and other funders, he leads capacity-building efforts across the globe, working with major inter-governmental organizations, non-governmental organizations, national governments and many educational institutions. Currently, Dr. Drope is leading a multi-country initiative on the economics of tobacco farming in low- and middle-income countries. In addition to his research and service activities, Dr. Drope has made significant contributions to training scholars in economics and global tobacco control. For example, while the Vice President of Economic and Health Policy Research at the American Cancer Society, not only did he mentor early career scholars (e.g., Drs. Alex Liber and Michal Stoklosa) during their doctoral work, but he also trained numerous graduate students at other institutions (e.g., Emory University, Georgia State University, Marquette University, McGill University, and University of Nairobi), many of whom have gone on to contribute significantly to the economics of tobacco control in LMICs. He has ongoing mentorship activity with trainees at the University of Haifa and the University of Cape Town. Dr. Drope recently served as the Scientific Vice President, Economic and Health Policy Research (2015-Sept 2020), but in September 2020 he assumed the role of Research Professor in the School of Public Health at the University of Illinois at Chicago where he will be leading a multi-million dollar program at the Institute for Health Research and Policy to provide support for tobacco taxation efforts in more than 15 LMICs. 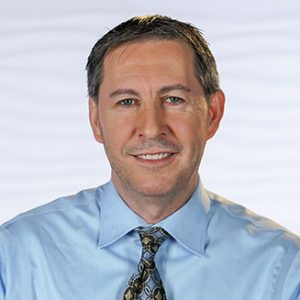 Andy’s work has significantly contributed to shaping the tobacco control landscape with his research on tobacco use, tobacco policy and his service. Early in his career, Andy’s work focused on evaluating smokefree policies.

His comprehensive evaluation of New York City’s smokefree restaurant policy, which took effect in 1995 and was later strengthened in 2003, proved that most people supported the law, that compliance was done with relative ease, and that business increased in the time after the law, contrary to fears of restaurant and bar owners.  Andy gave public testimony and met with stakeholders in this regard. At the time, ‘smokefree’ was a radical idea but today, in part to his science and his outreach, ‘smokefree’ is the norm.

Fast forward to today, he currently is Scientific PI of the Population Assessment for Tobacco and Health (PATH) Study, a massive 46,000 person nationally representative cohort with many waves of questionnaire and biospecimen data funded by the FDA and administered by NIDA to support FDA’s tobacco regulatory efforts.  The PATH Study is a resource to the entire research community and has resulted in important foundational research that is cited in FDA regulatory documents and instrumental in informing tobacco policy debates include policies about vaping products, tobacco product flavors, youth exposure to tobacco advertising, and tobacco health warning labels among others.  The PATH Study has been used by more than 1700 researchers and used as the basis of many, many papers including top tier journals.

In addition, Andy runs the New York State Smokers Quitline, which helps about 40,000 smokers every year with their quit smoking effort.  His quitline work provides a laboratory for testing better ways to help people stop smoking and a means to translate research findings into practice.  Andy has more than 320 publications including papers in top tier journals like JAMA and NEJM.  As Andy’s colleagues, we are well aware of his enthusiasm for his research and advocacy. We have heard him speak about ‘waking up in the morning to come up with a way to bend the cancer curves down by as much and as fast as possible’, using science as a tool to make a difference.